The relationship between a healthy gut and optimal performance is undeniable and managing the gut efficiently can contribute to a greater overall production profitability.

As such, the gut and its microbiota can be seen as the motor of performance, which has to be fed, maintained and protected throughout the production cycle. In recent years the use of alternative feed additives to support exactly this has increased. This ties in with the rise of probiotics: beneficial micro-organisms incorporated into feed or drinking water to balance and enhance the gut microbiota, resulting in a health and/or performance benefit. The current probiotic market offers multiple options and there are plenty of products to choose from. However, three questions should be considered before the right choice can be made. l First of all, what is the intended benefit? Some probiotics are more focused on digestion, whilst others eliminate pathogens more effectively. Keeping the intended benefit in mind when choosing a probiotic is essential, as probiotics also have their limitations.

Secondly, is the probiotic stable and, as such, can it be used in standard feed processing? There are great differences in stability amongst probiotic products, most noticeably between spore formers and non- spore formers. It is this spore-forming capacity which makes a probiotic more adept to deal with feed processing, whilst it also protects the micro-organism throughout the digestive process until it reaches its location of action.

l Thirdly, are multiple probiotics used in the same product or not? Multi-strain products inherently introduce a certain aspect of competition, especially if the strains used are part of the same genus (Bacillus for example). Due to their similarities they are expected to compete for similar requirements, such as nutrients, potentially diminishing the intended effect.

Products of choice
With regard to these three questions and their answers, spore-forming and single strain probiotics are often the preferred products of choice. B-Act, with spores of Bacillus licheniformis (DSM 28710) as an active component, is a good example.
It ensures healthy, productive and profitable flocks by supporting the birds’ gut microflora, both directly and indirectly. The micro-organism has genes coding for multiple digestive enzymes and as such improves digestibility and availability of nutrients, whilst it also produces potent bio- active substances aimed at pathogen control. In particular, Clostridium perfringens, the pathogen responsible for the development of necrotic enteritis and a major player in dysbacteriosis (two major production diseases in poultry), is actively and efficiently controlled by B-Act.
The combination of these two modes of action results in healthier, more productive birds, leading to a better profitability in the end. To put this into numbers a statistical analysis was done on 11 recent performance studies, looking at general improvements in feed conversion rates (FCR) and final body weights (BW).
On average, B-Act supplementation led to 3% heavier birds compared to control flocks, whilst the FCR dropped with similar percentages. These numbers were even higher for flocks under a necrotic enteritis challenge, where adding B-Act to the feed or drinking water (WSP formulation) improved technical performance greatly.
Compared to the challenged control flocks, an average FCR improvement of 13% was achieved for challenged birds supplemented with B-Act, with higher BW of up to 26%. As such, supporting a healthy gut leads to productive and profitable poultry.
With an average return on investment (ROI) of 8.3, B-Act offers an interesting solution to achieve this. The above confirms the interest in probiotics as alternative feed additives, combining economics with health standards in the most rewarding way. 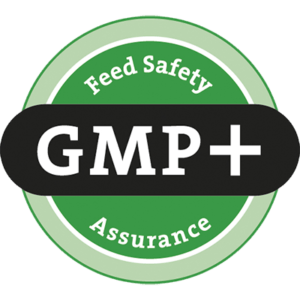